We were looking forward to writing about the destination wedding in Santorini of María José Suárez and Jordi Nieto, best known as “The Great Greek Wedding”.

María José and Jordi said “Yes, I do” to one of the most beautiful islands of Greece. They wanted an intimate wedding and to be surrounded by their relatives and their closest friends. We started to plan their big day at the beginning of  2018. The lived in Miami and we were in Spain and they were going to get married in Santorini, what a crazy story! Despite all of that, we made a great team and its result was the beautiful wedding that took place on the 11th of August in Santorini.

The destination wedding of María José Suárez and Jordi Nieto was at Cavo Ventus, one of the most beautiful venues that we’ve ever seen. We don’t know if it’s because of its rocks, for its amazing views to the Aegean sea or for the incredible work of its manager, Elena. The thing is that we totally fell in love with this venue since the very first moment we visited it. In there we celebrated the ceremony and the cocktail. We planned everything in the different spaces of Cavo Ventus, but the feared wind Maltemi appeared 4 hours before the wedding and we had to change everything we had planned. We kept the ceremony and the cocktail in there and we coordinated the almost 20 vendors that worked with us to move the dinner and the party to Theros Wave Bar.

Sometimes people wonder if it’s necessary to have a wedding planner at your wedding and after all of this, we can say that is essential. A wedding planner is someone you can trust and who is able to get everything the couple needs.

The ceremony of María José and Jordi

The officiant of their ceremony was one of María José’s sister. It was a beautiful afternoon. We still remember the moment we went to pick up the bride while the wind was blowing really hard: “Carry on, we are almost there, smile, you are gorgeous”. Changing the space was very difficult for the couple and for us, but it was necessary. Anyway, the only thing that really matters is LOVE.

María José’s entrance was amazing, holding her father’s hand while Pachelbel’s Canon in D Major was being played by a pianist in the background. The groom, Jordi, was really overwhelmed under the gazebo.

As a gift for their guests, María José designed some hand-held fans with the same print than her maids of honor’s dresses. The designer Carlos Buendía, who also was in charge of the design of the invitations and of the labels of the bottles of wine for their big day, helped her with all of this.

The bride and her bridesmaids

María José wore 3 different dresses of her own collection. She designed all of them and also her shoes. The first one was the Zafiro gown, a very romantic and plain design with braces made in natural chiffon. The second one, Tiffany, was our favorite. It was designed with crystals and 3D flowers embroidered on the top of a nude tulle. It was a V Neck and a backless gown. The last one, Ópalo, was a halter dress mixed with the mermaid style.

By Loleiro was the brand that made the bride’s headpiece. Paco and Pili Cerrato and Pedro González were her stylists. All of her jewelry was from Nava Joyeros, except her wedding ring, which was from Bvlgari.

The dinner of the Great Greek Wedding

We coordinated a lot of transfers from Cavo Ventus to Theros Wave Bar to take the guests to the dining area. At the arrival, they were surprised by a typical Greek dance crew. What a funny moment breaking the plates!

Mario Catering was in charge of the food. We had a very Mediterranean menu where the seafood, the fish and the Greek gastronomy were the stars.

Regarding the deco, we designed something very special and unique. We rented wooden tables and cross back chairs. It was very difficult to find everything in such a tiny isle! We used rectangular tables to build an imperial one decorated with a very romantic garland and with some chandeliers. Betty Flowers did an amazing job in every space. We carried the napkins from Spain. They were 100% natural linen, from Cañigueral and the piece of paper where we specified the menu was from Cotton Bird.

The candy bar was a dream come true. When we designed it we knew that it was going to be super, but it was impressive. Alexandra’s Cake was the baker who created the patisserie.

The party officially started with a round of fireworks, followed by the romantic dance of our couple. During that, they were surrounded by all of their guests, who carried hand flares. The DJ was one of the best from Santorini, Christos, who made an incredible performance. And after all of that… Dance the night away! Without a doubt, we lived an amazing and unforgettable night by the sea.

Design of the invitations and prints: Carlos Buendía

Music during the dinner and the party: Christos Tsaparas

Thank you so much to all of the vendors that helped us to make of this day something unforgettable! 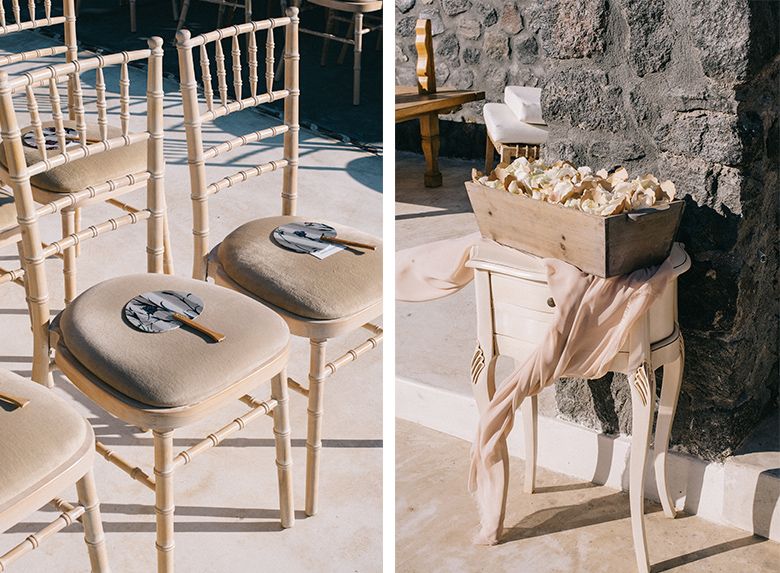 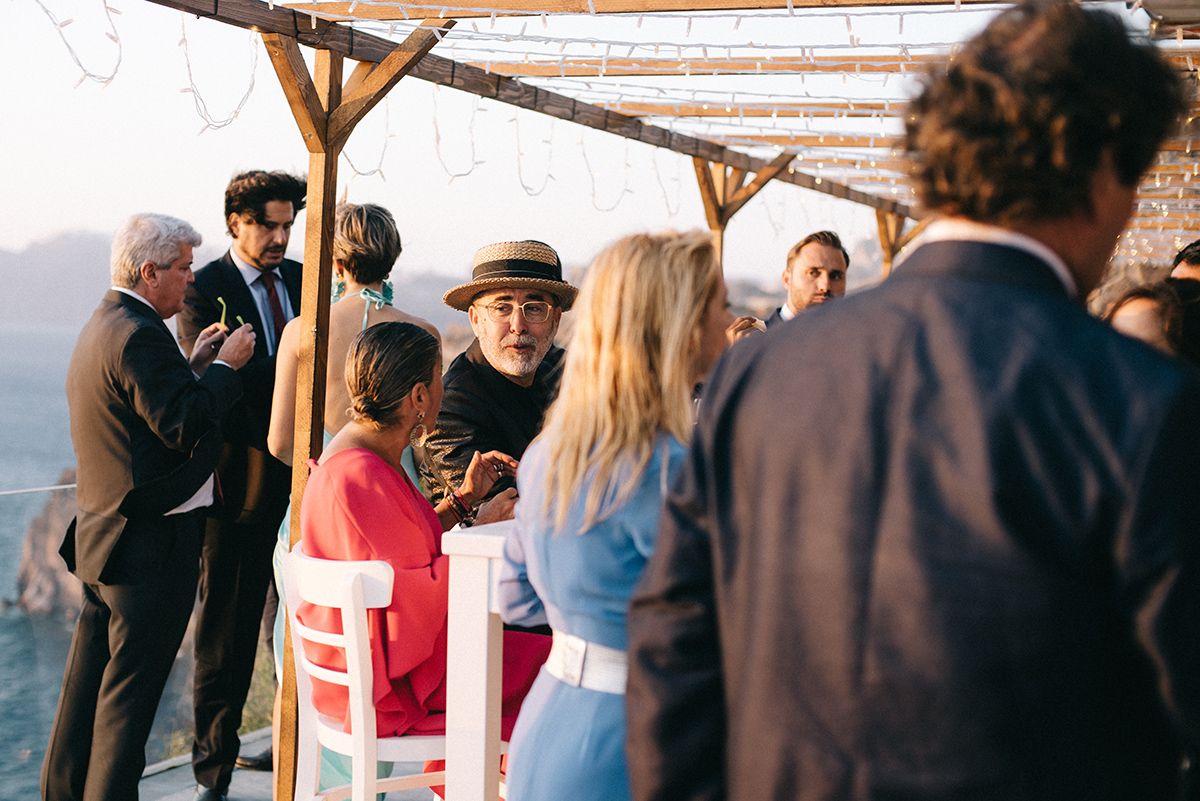 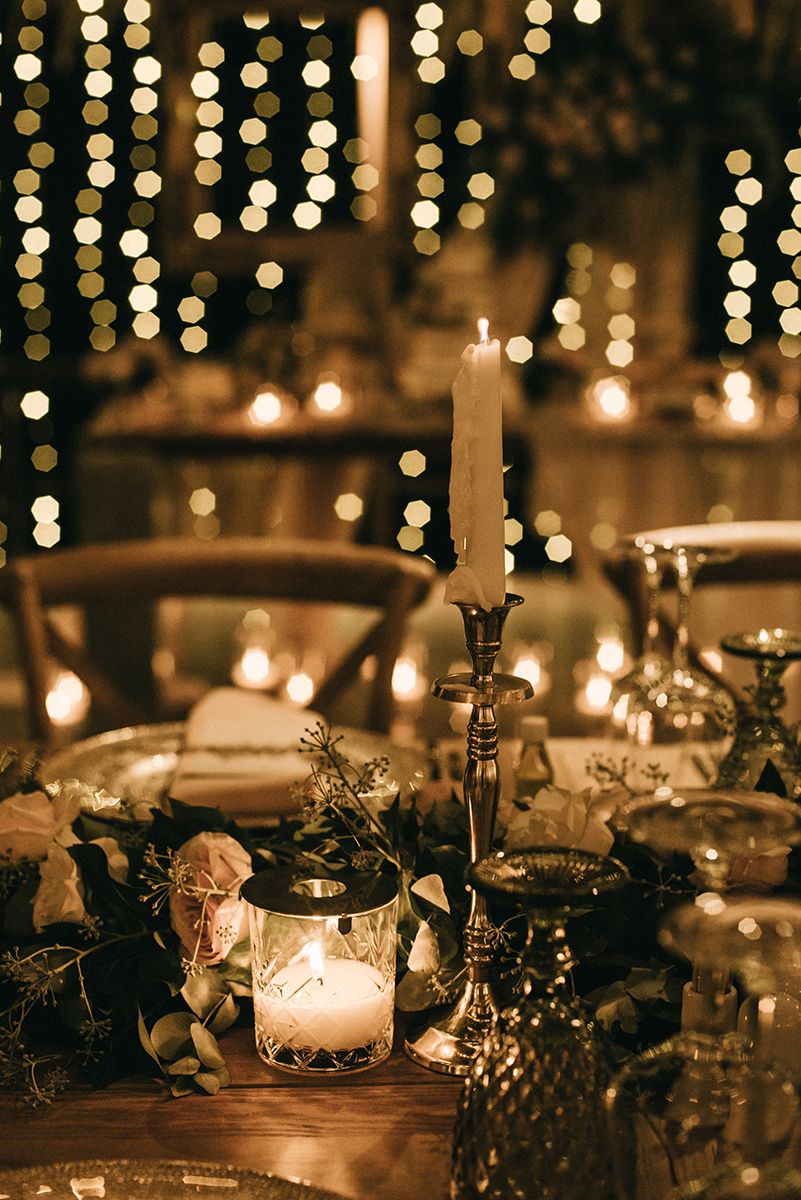 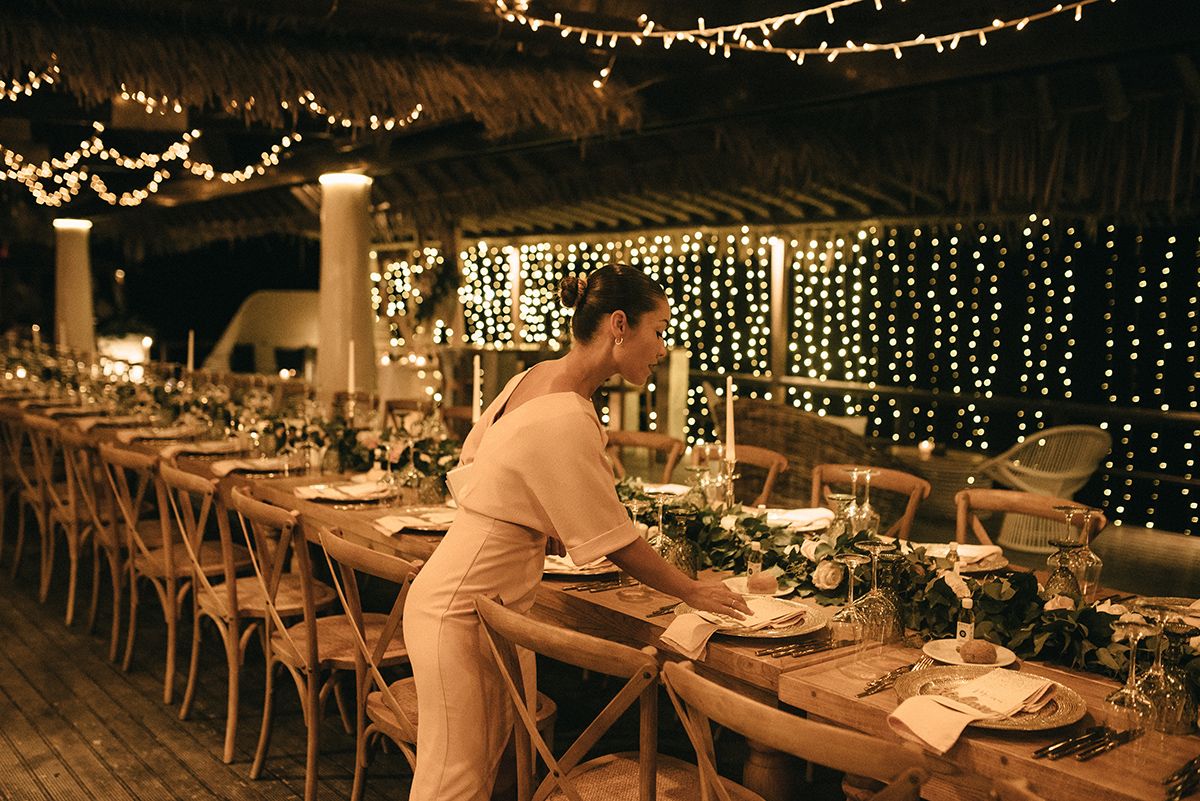 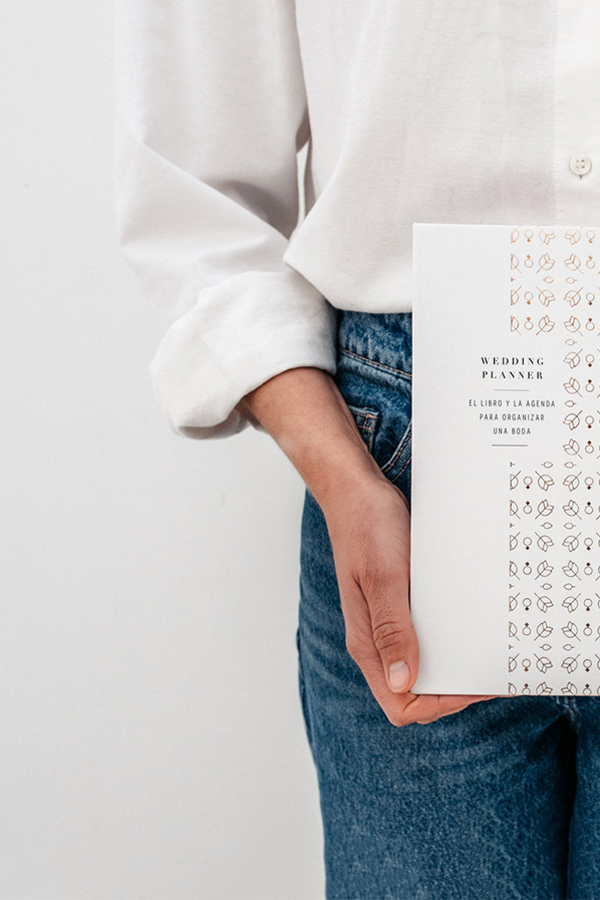 The book for planning a wedding 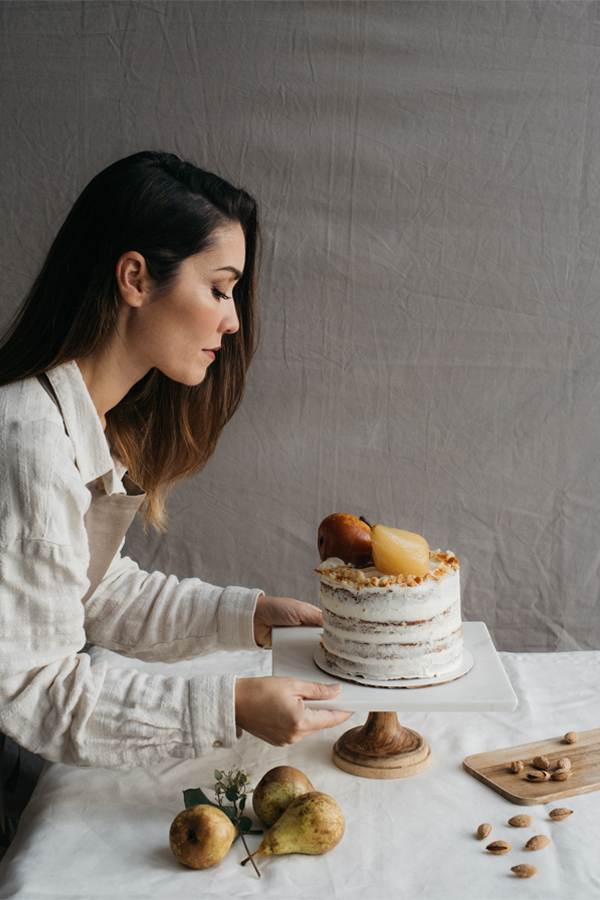 “Wedding Planner to be” 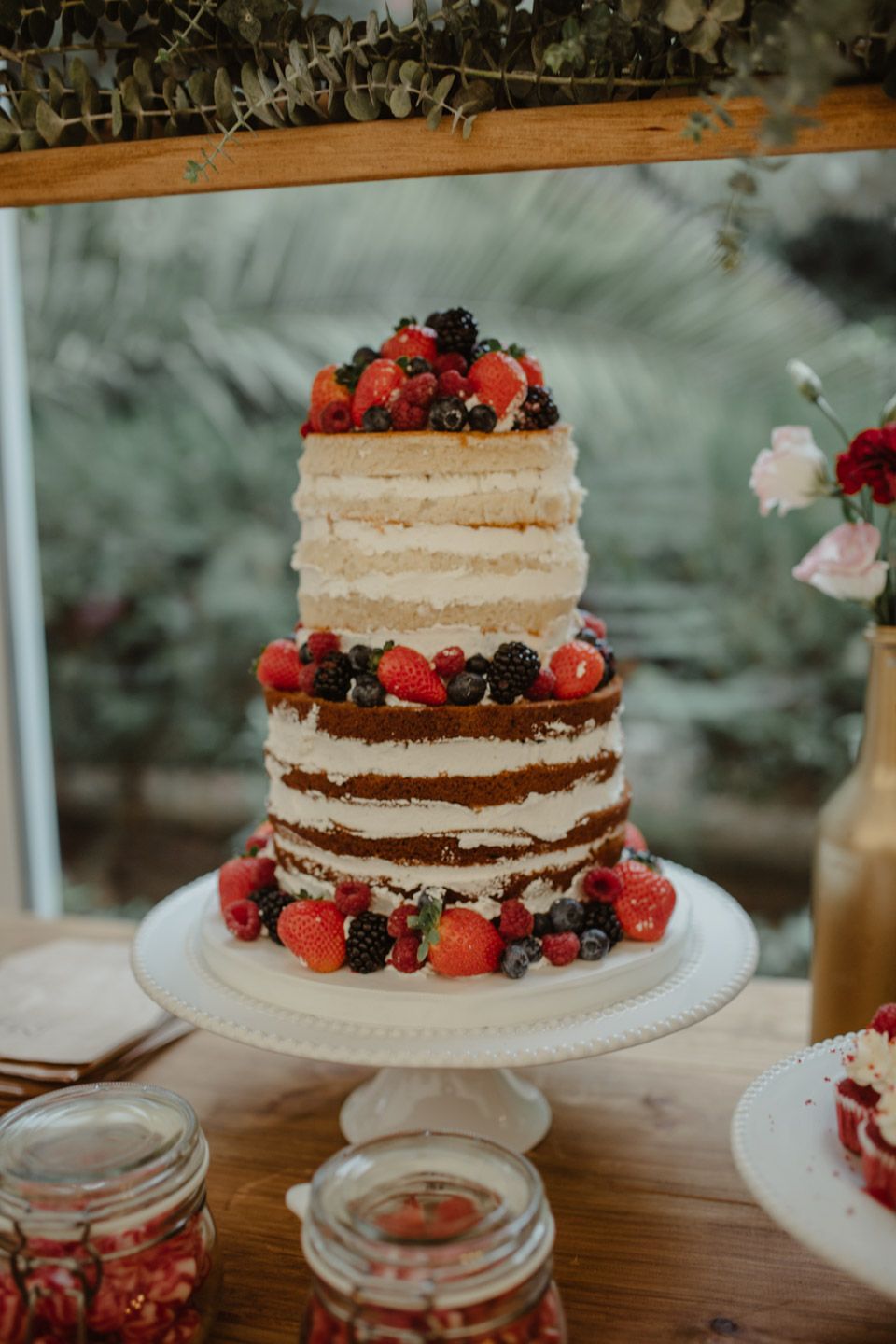 Hi! Last week we gave you a sneak peek of what we have prepared for today: “Laura and Daniel’s... 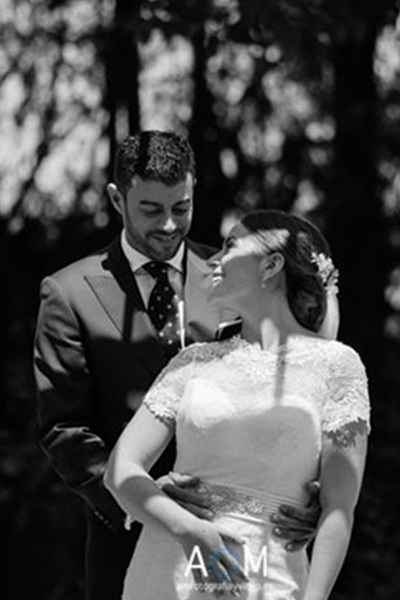 Hello! We are delighted because we can finally show you “Ana, Iván and Lola’s Wedding-come-Christening”. Ana, Ivan and Lola... 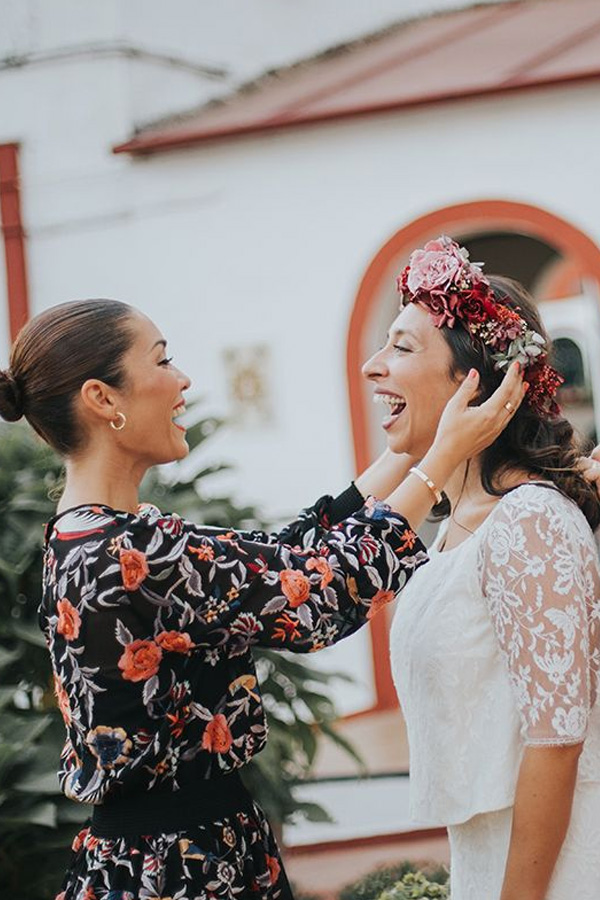 A destination wedding in Spain by Weddings With Love